Slim cat6 cable is the thin version of cat6 cable, which is designed to meet the requirement of Gigabit Ethernet (1000BASE-T) since the rapid development of today’s network. Cat6 is a patch cable used to connect electronic devices in local area networks such as routers, computers and company intranet, for carrying broadband signals between the devices. This sixth generation of twisted-pair network cable can support speeds up to 10Gbps and is able to operate at up to 250MHz with an improved design of thicker-gauge wire and increased shielding. This can guarantee data integrity simultaneously.

Slim cat6 cable is commonly constructed of 28 AWG(American Wire Gauge, a standard to distinguish the diameter of individual wire ) wire. The slim patch cable is almost 36% thinner than other network cable constructed of 24AWG copper conductors. The relationship between wire gauge and wire diameter is inverse, which means the gauge is smaller and the diameter of the wire is larger. For example, with 24AWG copper conductor, the outer diameter of a typical cat6 cord is 0.235 inches. However, the cable constructed of 28AWG copper wire is significantly smaller in diameter. With copper pairs of this type, cat6 cable cord with 28AWG wire is 0.15 inches in outer diameter. Therefore, using slim cat6 cable can optimize network. It provides many benefits as followed.

Commonly the larger the gauge, the smaller the wire. From the above, we can see that with a diameter of only 0.15 inches, the slimmer cat6 cable is almost half the size of a standard cat6 cable with a diameter of 0.235 inches. This indicates the slim cat6 can nearly reduce the cord’s size by more than 50 percent, which offers a larger extra space for cable managers and pathways.

The slim design occupies less space in data center than other network cables. This can generate better airflow and equipment cooling, which are especially important for machines with large chassis switches. It is also helpful for equipment maintenance.

Compared with the standard cat6, the slim cable is more flexible with a smaller volume. In addition, the slim cat6 cable brings more available space, so the cable is easier to manage especially on high-density panels. This make it convenient for users route cable without horizontal cable managers, and port numbers on high-density panels can be identified easily. It contributes to save time and labor in a certain meaning. 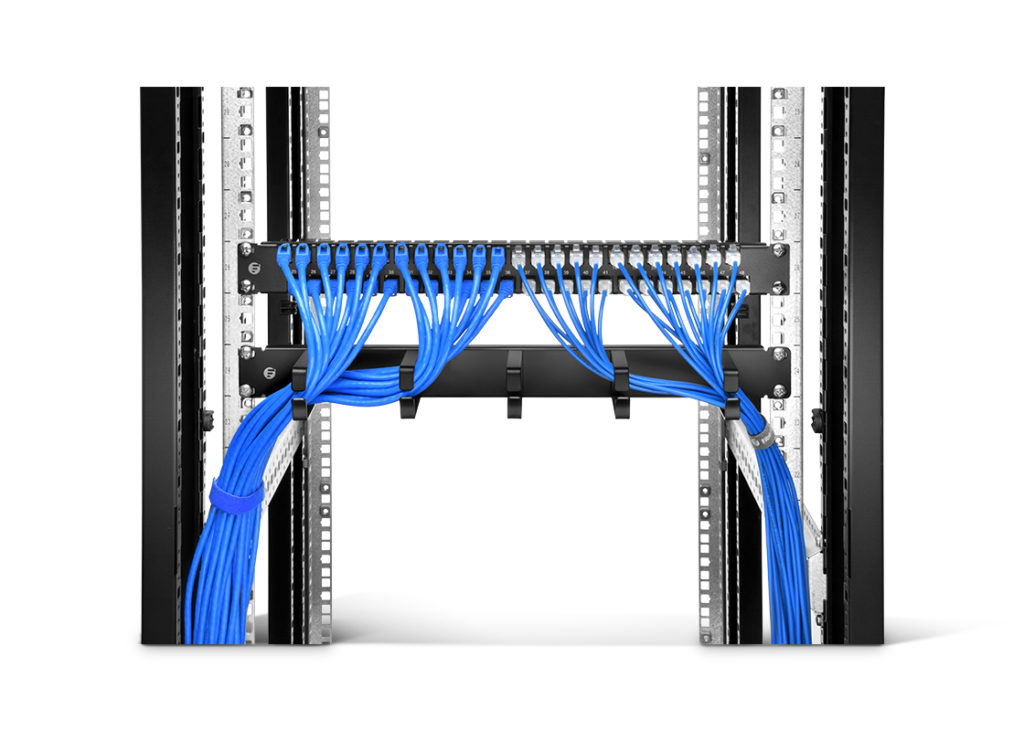 The majority of new buildings has installed cat6 cable in recent years. And the slim cat6 cable is usually applied in telecommunication rooms or data center due to its benefits like reduced space. This network cable can handle issues in high-density rooms.

The slim cat6 cable is a great alternative to other traditional cable, for it can save space, improve airflow with easy management. With the internet demand of better signals, the importance of better network cables has been increased that can not be ignored. FS.COM will always serve you with good network cables.