An Ethernet cable, one of the most commonly used network cables in wired networks, connects devices in local area networks, such as computers, routers and switches. In the past few years, Cat6 cables and connectors have become a necessity for new buildings to support Gigabit network applications and to support up to 250MHz of bandwidth. Subsequently, the Cat6a, which supports the data rate of 10G to 100 meters and the bandwidth of up to 500MHz, has been popular, becoming a new requirement for many data centers, hospitals and universities. Cat6 and Cat6a may be the two most commonly used standards for Ethernet cables.

What Is Cat6 Cable

Cat6 cables can improve interference and crosstalk, and support the maximum speed of 10Gbps, with a maximum length of 50M. The Cat6 cable uses RJ-45 connectors to make it fully compatible with the old IT devices and computers. 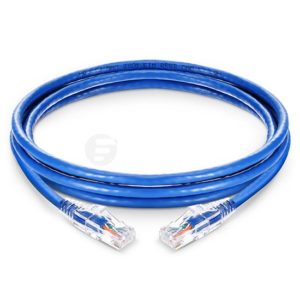 What Is Cat6a Cable

Cat6a cable is an upgraded version of Cat6 cable that supports 10Gbps running over 100M with a maximum bandwidth of 500MHz. Cat6a is significantly thicker than Cat6 cable because of the increased insulation of cables, which helps to reduce crosstalk between other cables. This is also one of the few drawbacks of using Cat6a cables, because it requires extra space in pipes, cable bridges and cabling racks. Cat6a is backward compatible with Cat6 and Cat5e cables, using the same RJ-45 connector. 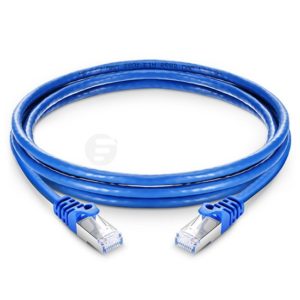 Cat6 vs Cat6a: What Are the Differences?

After learning about the Cat6 and Cat6a cables, our next question is, what are the differences between them?

Cat6a cables are also stricter in shielding and protecting foreign crosstalk. Crosstalk occurs when a signal from a cable is leaked to another cable. This will distort signals by introducing noise and force network devices to work at a slower speed. As a result, the Cat6a cable is stricter in shielding and protecting external crosstalk, so the Cat6a cable will work better with a lot of other cables.

As always, the reason why making full use of Cat6a cable is not yet realized is the cost. The cost of a single Cat6a cable is two times more than that of a Cat6 cable, not to mention the cost of equipment that works in 10Gbps. As expected, 10Gbps connections will become standardized and affordable in five to ten years. Only then would it be worthwhile to invest in expensive Cat6a cables when cabling a house or any structure under construction.

All in all, there are many differences between Cat6 and Cat6a cables, and you should make decisions according to your needs. If a project requires 10Gbps over longer distances, Cat6a is a better choice. If a project requires capability to project against crosstalk and provide better performance, also Cat6a is a good choice. However, if a shielded cable isn’t necessary, and a lighter option will operate best, Cat6 is you first choice. For Cat6 and Cat6a cables, if there is any need or doubt, please feel free to contact us. FS.COM is looking forward to helping you solve your problem.