What Is Cable Jacket?

The optical fiber cable is composed of the inner core, cladding, coating, strength member and the outer cable jacket. The core made of plastic or glass is a physical medium used for optical signal transmission. Because bare fibers are easily broken, outer cable jacket is required to protect optical fibers. Just like mentioned above, the cable jacket is the first line of moisture, mechanical, flame and chemical protection for cables. If there is no jacket, fiber optic cable is likely to be damaged during and after installation. Common jacket materials are PE (Polyethylene), PVC (Polyvinyl Chloride) and LSZH (Low Smoke Zero Halogen). 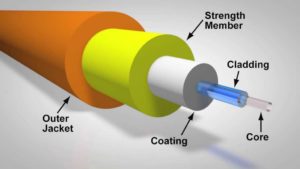 In general, the NEC (National Electrical Code) provides eight grades of fire resistance for non-conductive and conductive cables. All indoor cables must be marked and installed for the intended purpose: plenums, risers, and general purpose areas.

Cable jacket rating is important. If the cables do not have these ratings, they cannot be installed on walls or ceilings. Here we will introduce the most common cable jacket ratings that you will encounter.

When talking about communication cables, we commonly use terms like LSZH and PVC to describe them. These two terms describe the chemical compounds used in production of the cables. As we might be rather familiar with these widely used terms, do you exactly know what they really mean? Or more importantly, which one is better for your project? In this article, we are going to explain these frequently asked questions, by analyzing and comparing LSZH and PVC cables. 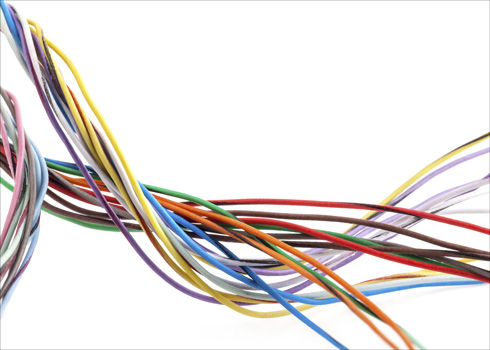 What LSZH and PVC Stand for?

LSZH—Short for low smoke zero halogen, LSZH is a kind of cable built with a jacket material free from halogenic materials (such as chlorine and fluorine), since the toxic nature of these chemicals when burned. The term “low-smoke, zero-halogen” describes two distinct properties of a cable compound. The term “low- smoke” describes the amount of smoke which a compound emits when burned, while “zero-halogen” describes the amount of halogens used to make the compound. Terms like LSOH, LSHF and LSNH are all proper references for cables possessing low-smoke and zero-halogen properties.

PVC—Polyvinyl chloride (vinyl), a general-purpose plastic jacket material used for cables. Features low in cost and flexible, PVC cable is widely used in applications such as computers, communications and low voltage wiring. In the world of cabling, “PVC” is often used to denote a cable that is not suitable for use in a plenum airspace. PVC can potentially be dangerous in a fire situation, releasing heavy smoke and hydrogen chloride gas, which poses a great threat to human health electronic devices. PVC cables often have a CM, CMG, or CMR rating as defined by the National Electrical Code (NEC).

Differences Between LSZH and PVC Cable

Judging from the physical appearance, the difference between LSZH and PVC cable is very distinct. A PVC cable feels soft and it is smooth, whereas an LSZH cable feels rough since they contain the flame retardant compound and it is stiffer. LSZH cables are more aesthetically appealing than PVC cables. In addition to this, LSZH cable differs from PVC one in at least three aspects:

Cost: LSZH cables are slightly higher in cost than some PVC cables, but they are much safer when it comes to human health and sensitive and expensive electronic equipment. And this should be considered when comparing the cost.

Flexibility: Comparing with PVC compounds, there is a limited range of compound flexibility available for LSZH compounds, so LSZH cable is not recommended for robotic or continuous flex applications.

Heat: When a PVC cable is set on fire, it emits chemical fumes, acids and other toxic gases, which are both corrosive and harmful to human beings and environments. As for LSZH cable that has a flame-resistant jacket, it doesn’t emit these chemical substances even if it burns or exposed to high sources of heat. And it can reduce the amount and density of the smoke. 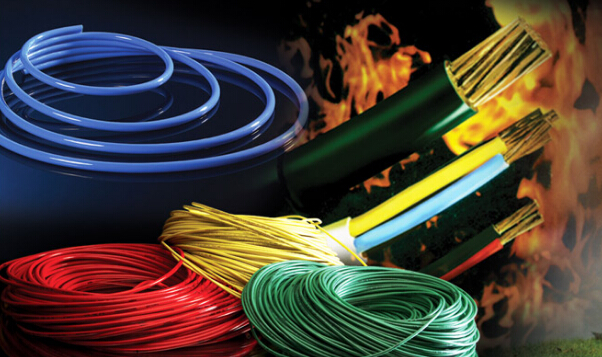 When Do I Use LSZH or PVC?

It is feasible that LSZH and PVC have equally effective performance in modern buildings. So the decision on which one to choose actually depends on the situation, that is to say, where you are going to run the cable.

PVC cable has been used in built environment for power and control applications for decades. It is commonly used for horizontal runs from the wiring center, or for vertical runs between the floors—but only if the building features a contained ventilation system running through the duct work.

LSZH cable would be more appropriate for places where fire presents a hazard to occupants. We known that the primary danger in the event of a fire is not the fire itself but the smoke and gas produced. Therefore, it is vital that the materials and products that are installed contribute as little smoke and gas as possible when burnt. LSZH cable can be employed in the following situations: 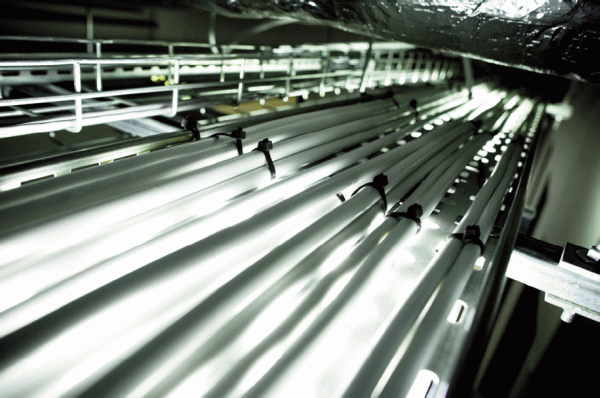 Even though PVC cable still reigns supreme in wire and cable industry, the use of which has decreased over the past years. On the other hand, LSZH cable technology has advanced significantly, it is well suited to some applications mentioned in this article. Your cabling choice always relays on your specific condition, while to consult with wire and cable experts can also be beneficial.