What Is IGMP Snooping? 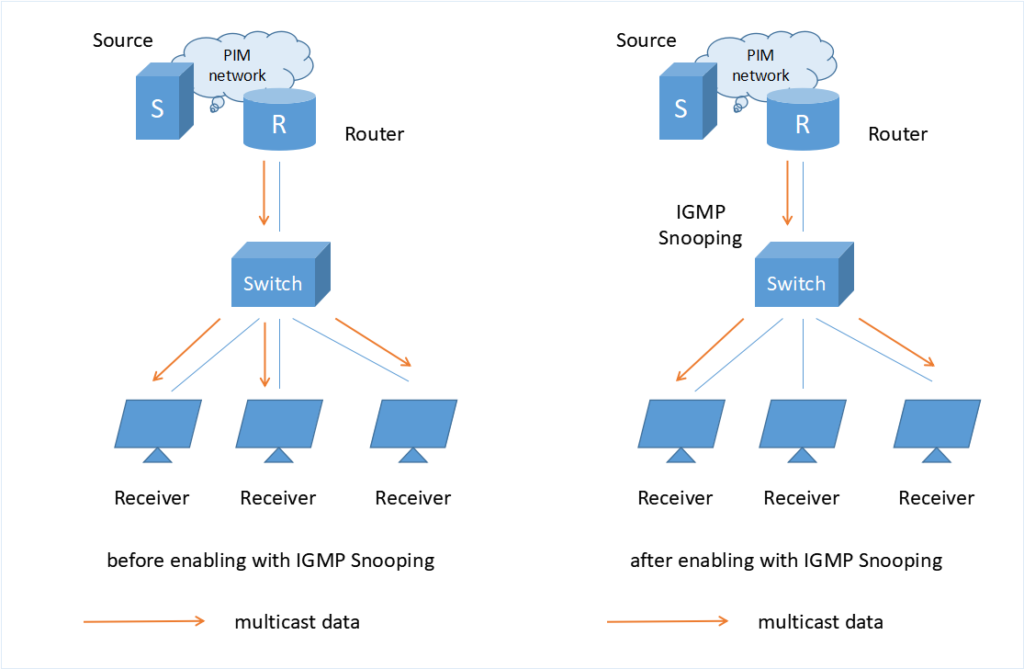 Enable IGMP Snooping: Before and After

There are two types of IGMP snooping. One is passive and the other is active. The passive mode only parses multicast packets and does not filter packets. The active mode filters out multicast packets that are meaningless to the router. For example, two receivers under the switch using the passive mode are added to the same group, so that there is an entry in the router above the switch. If a receiver wants to leave the group, it sends a leave message to the router. However, even if the router receives the leave message, it does not delete the entry because there is another receiver in the multicast group. Different from the passive mode, the active mode enables the switch to filter out such packets.

What Is IGMP Snooping Switch?

Today, IGMP snooping has become very common and advanced, and the current network supports multicast transmission. Besides, for the convenience and saving the load of the server, using the IGMP snooping switch is required. Although there are some shortcomings, the future of the this kind switch is promised. FS.COM can provide IGMP snooping 10Gbe switch. In addition to this, we also offer the Gigabit Ethernet switch for various ports. If you have any questions or needs about these, please visit www.fs.com.