As there exists a wide range of splice options for fiber network available on the market, selecting the right connector for your application can sometimes be tough and confusing. While choosing the fiber connector, various factors like cost and availability should be considered, which naturally lead to even less thought goes to connector itself. Since each connector has its own unique design as well as merits and demerits, it can pose a significant influence on deployment speeds and costs in the long run. So before making your decision, you’d better have an overall understanding of fiber connectors, and this is what we will talk about.

In this part, we will introduce some fiber connectors that are commonly used in the network applications. The following diagram directly explains the differences among them in performance.

SC connector was one of the first connectors presented on the market following the advent of ceramic ferrules. It has a push-pull coupling end face with a spring loaded ceramic ferrule. Initially intended for Gigabit Ethernet networking, it became increasingly popular as manufacturing costs came down. The SC connector has held a dominated position in fiber optics for over a decade with only the ST rivaling it. And it still remains the second most common connector for polarization maintaining applications. The SC is ideally suited for datacoms and telecoms applications including point to point and passive optical networking. 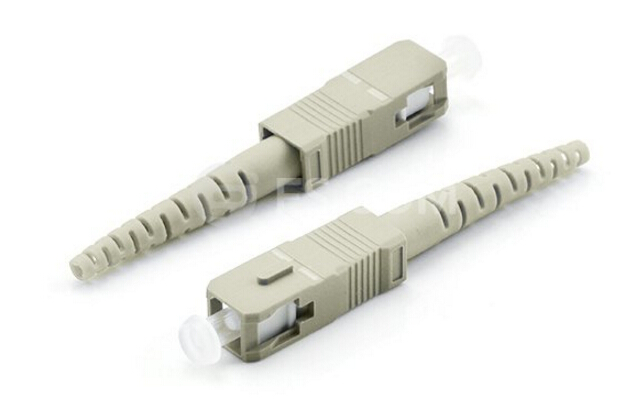 Considered to be the modern replacement of the SC connector, LC connector is also a push-pull connector, but it utilizes a latch as opposed to the SC locking tab and with a smaller ferrule it is known as a small form factor connector. LC connector shares huge popularity in datacoms and other high-density patch applications. And its small size and latch feature make it an ideal alternative for densely populated racks and panels. Since LC compatible transceivers and active networking components have been introduced, LC connector is likely to continue to grow steadily. 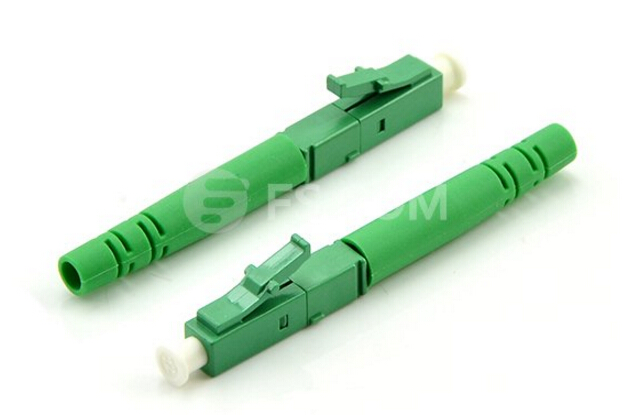 FC connector leads the trend to use a ceramic ferrule, but unlike the plastic bodied SC and LC, it utilizes a round screw-type fitment made from nickel-plated or stainless steel. In spite that the manufacturing and installation of FC connector are much more complex, it’s still an optimum option for precise measuring equipment such as OTDRs. Moreover, FC connector is particularly effective in high vibration environments, ensuring that the spring-loaded ferrule is firmly mated. 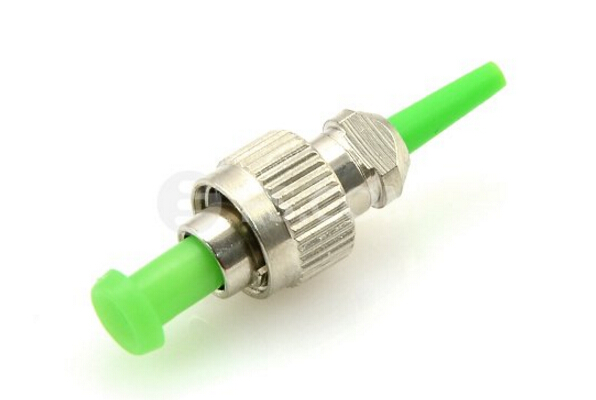 ST connector looks much like FC connector, but it uses a bayonet fitment rather than a screw thread. Deployed predominately in multi-mode datacoms, it is most common in network environments such as campuses, corporate networks and in military applications where the quick connecting bayonet had its advantages at the time. However, it cannot be terminated with an angled polish, which limits use in single mode fiber and FTTH applications. 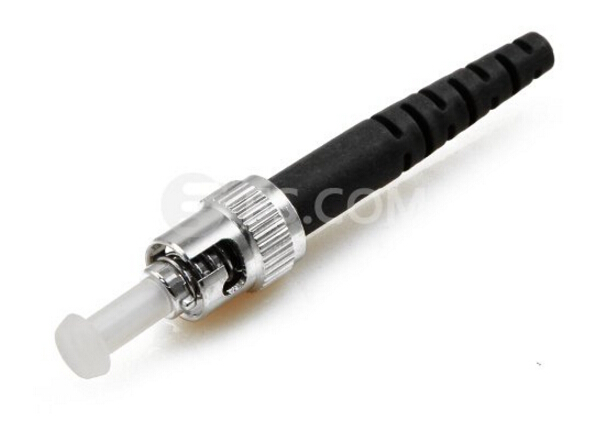 MTP and MPO connector falls into the category of multiple fiber push-on/pull-off connector. It is larger than other connectors since it can support up to 24 fibers in a single ferrule. It is currently extensively used in high density patch environments such as data centers, both at single mode and multi-mode wavelengths. MTP/MPO connector is often supplied with a fan-out assembly at the opposing end (such as LC, SC FC etc.). This allows the operator to change channels simply by re-patching the fanned-out side of the cable. 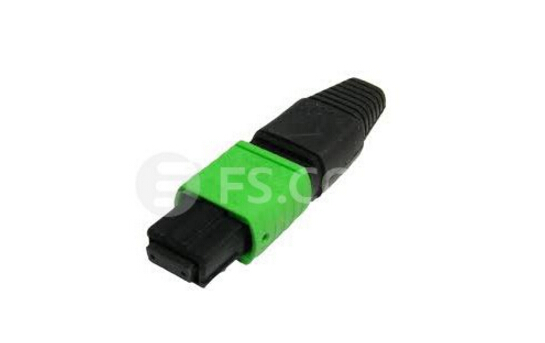