With the advent of SFP transceiver communication, there have been many different standards. In network hardware, the advantage of SFP transceivers is that they allow a single device, such as a switch, to support different cabling and transmission formats. However, when you try to find out which optical transceiver type you need, you will encounter problems. Because there are several different types of fiber SFP that can support a variety of communication standards, such as CWDM/DWDM, SONET, fibre channel, Fast Ethernet, and Gigabit Ethernet. Today we are going to introduce fibre channel SFP. 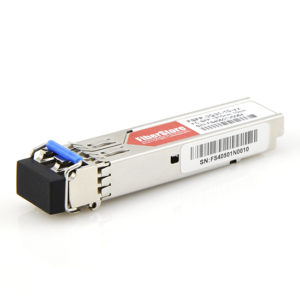 What Is Fibre Channel?

Fibre channel is a protocol mainly used for “storage area network”. Fibre channel speeds are different, ranging from 1, 2, 4, 8, 16Gbps to 128Gbps. Fibre channel is a lossless protocol developed when switches are not as reliable as they are now. When using Ethernet as a protocol, frames are discarded, which brings problems to applications such as data traffic. With the development of technology, switches are now becoming more reliable. However, fibre channels still have a small advantage over Ethernet in terms of consistency and latency.

What Is Fibre Channel SFP?

Fibre channel, as a set of advanced data transmission standards, allows large amounts of data to be reliably moved at thousands of megabits between computers, servers, disk arrays, and other devices. Fibre channels are chosen for high-end storage connections because they have three main advantages: high speed, proven reliability, and guaranteed ordered packet transmission.

In summary, the advantages of fibre channel are still abundant, such as fast speed, reliability and sequential delivery, which is why we advocate fibre channel SFP. You can find high-quality FC SFP on FS.COM, such as 2G/4G FC SFP, 8G/10G FC SFP + module. Besides, we can also supply Gigabit SFP, 40G QSFP+ and 100G QSFP28. We offer a full range of branded and reasonably priced 100% compatible transceivers to meet your business need. 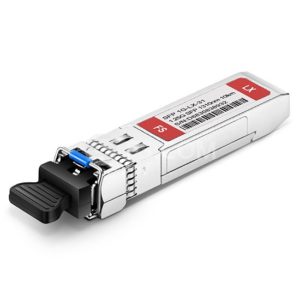